Eurostat reports that the production of urban waste in the EU is increasing every year. Portuguese nationals each produce an average of 514 kgs of urban waste. That is just above the European average of 505 kgs but below major consumers like Denmark (845 kg) and Luxembourg (790 kg).


On the 17th of May – World Recycling Day – the country didn’t look good, say environmentalists pointing to an excessive failure in the recycling of waste.

The same poor result is seen with electronic waste. Only 15 % was collected, less than a quarter of the target! The picture only improved a little for batteries – with 29% collected against a target of 45%.

Zero adds that the drop in the recycling rate ‘contradicts the official line that in a pandemic year there would have been widespread compliance with recycling practices’.

The NGO further believes that the continued focus on selective collection through Eco points (recycling points) – instead of door-to-door collection – explains the stagnation of the recycling rate throughout the years.
There are now a total of 70.000 Eco points compared to 45,000 in 2019.

The good news, however, is the transformation of waste into hydrogen, which subsequently can be used for public transport and waste collection vehicles.

In November last year the municipality of Cascais – in cooperation with the Portuguese companies Floating Particle (‘technology’) and IPIAC (‘machinery’) started with the installation of a production unit capable of converting 50 tonnes of household waste into 5 tonnes of hydrogen per year.

By investing in this technology with two hundred thousand euros, the municipality is contributing locally to solving two urgent environmental problems.  The management of household waste (eliminating transport costs and the use of landfills) and the use of fossil fuel energies, which are highly polluting and – since the war in Ukraine – increasingly expensive.


The unit – called Stella – is located in the parish of Alcabideche and will only need household waste –plastic, paper, and organic material but not glass or metals – air and a small amount of water, being self-sufficient in terms of energy. 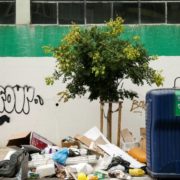 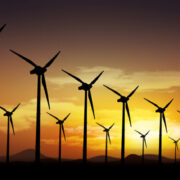