‘Someone who abuses a child cannot be priest’

Little by little it’s becoming clear that Catholic priests in Portugal have sexually abused children for decades. The scandal that hit the headlines in France last year encouraged the opening of an inquiry in Portugal in January.

Since then the ‘Independent Commission to Study Sexual Abuse Against Children in the Catholic Church of Portugal’ has heard of hundreds of priests having sexually abused children since the 1950s. Child psychiatrist Pedro Strecht – who is leading the commission – declared that stories emerging ‘reveal suffering, which in some cases have been hidden for decades.’

Although the majority of these crimes have expired, that doesn’t change the fact that many leaders in the Church smothered scandals of the past that are now coming to light. Even when families came forwards with allegations, priests were being transferred to other parishes where further abuse against minors continued.

This summer has seen a dispute of a pedophile priest in Lisbon who remained in service of the Church for another 30 years. Not only the Vatican is understood to have known, even Lisbon’s Cardinal Patriarch Manuel Clemente was aware of the priest’s activity but chose not to act on the information.

In the meantime, the cleric continued not only as a priest but also as a leader of an organization that cares for children.

During the last month’s allegations of sexual abuse within the Portuguese Catholic Church have increased. D. José Ornelas – Bishop of Fátima and president of the Portuguese Episcopal Conference – is being investigated by the Public Ministry over suspicions that he helped cover up alleged pedophilia involving two Italian priests at an orphanage in Mozambique in 2011.

About the incident, he declared that ‘he did everything he could to clarify the case (inquiries were archived with neither priest being sanctioned). However, the country’s best-read tabloid Correio de Manhã reported a complaint by a Portuguese teacher at the orphanage, emphasizing the inaction of the bishop.


All this comes at a sensitive moment with the Pope due to travel to Portugal next year for World Youth Day and the Commission passing at least 17 complaints to the Public Ministry (most complaints were too outdated to tackle) from which so far 10 inquiries have been opened.

The Commission recently reported that in the past 9 months 432 testimonies by victims have been received but Pedro Stecht warned that the real number of victims will be much higher than those that have come forwards until now. According to the very catholic president, Marcelo Rebelo da Sousa ‘400 cases didn’t seem particularly high’. A not very empathetic statement that provoked widespread criticism from each and everyone in the media.

‘Portugal is becoming a country of minimum wages’

Joana Gonçalves is 47 years old and works for 20 years as an operating assistant at the same hospital. Last year she earned 665 euros per month, just as much as the minimum wage. Deducting € 103,08 for Social Security and adding a food allowance of € 81.09, her net salary was 643,01 euros. Fifteen years ago Ana earned € 580, while the minimum wage was 430 euros. In the meantime, salaries have been frozen as a result of austerity measures while minimum wages increased. Her daughter Maria had to drop out of university because Joana had no longer money to support her. Maria is now cleaning in a supermarket.

Minimum wages in the EU member states range from € 332 per month in Bulgaria to  € 2257 euros in Luxembourg. Since the Socialist Government of António Costa seized power in 2015, the minimum wage has increased by 40% to € 705 this year. Average salaries, however, have only increased 10% during the same period.

‘This neglect to update the salaries of more qualified workers has caused strong distortions in the country. Nowadays more and more workers receive a salary very close to the minimum wage’, says economist Eugénio Rosa, advisor to the Confederation of Portuguese Workers (CGTP). ‘Portugal is transforming into a country of minimum wages’.

The IEFP (Institute of Employment and Professional Training) proves the point. Of the 150 job vacancies on its site – aimed at civil engineers, electro technicians, mechanics, etc – the majority of salaries offered vary between €750 and €1000.


‘But it’s anything but easy to get out of this trap’, explains Fernando Alexandre, professor at the School of Economics from the University of Minho in Braga.

‘Not only is our minimum wage one of the lowest in Europe, our country was last year one of the EU countries with the lowest Gross Domestic Product (GDP) per capita, the country’s wealth-producing capacity per worker. Only Bulgaria was doing worse’.

To make matters worse, the pandemic has condemned hundreds of thousands of Portuguese into poverty. These ‘new poor’ are almost all people who already earned a minimum wage – or even less – before the pandemic. Workers in the tourism sector, restaurants, and hospitality were most hit by the restrictions to contain the pandemic. Women – especially the elderly – are among the most affected.

The bottom line is that today one in five Portuguese is at risk of poverty. In children, the risk is even greater (22%). Food banks have become indispensable. There are more than 2000 institutions – parishes and councils identifying the populations’ needs – which have partnerships with the 21 food banks that are feeding approximately 450.000 persons (4% of the population).

While the Government is struggling with the aftermath of the most brutal wildfires in history – killing more than 100 people – political parties in Parliament made recommendations last week to reduce the weight of school bags, after a petition on that matter – initiated by actor JoséWallenstein – had yielded more than 50.000 public signatures in February.

According to the Consumer Defence Association (DECO), two-thirds of the Portuguese schoolchildren carry backpacks, that are too heavy.

But does that matter?

Apparently, as studies from several countries indicate that children carrying backpacks exceeding 10% of their bodyweight – the upper limit according to the World Health Organization – are more likely to get neck, shoulder and back pain. There is, however, no evidence that carrying heavy bags cause any lasting deformity such as scoliosis, which is a persistent curvature of the spine.

The propositions on schoolbags had been prepared for some months by a special parliamentary working group – coordinated by Amadeu Albergaria of the Social Democratic Party (PSD).

The final resolution – supported by all parties – recommends more lockers in schools, expansion of digital learning tools in class, thinner manuals and books with lightweight paper, permanent instead of variable classrooms and better collaboration between teachers regarding the frequency and amount of homework.

The parliamentarians moreover, propose a national awareness campaign to better monitor the weight of schoolbags by teachers, parents and students and the Directorate-General for Health will be asked to perform a study on the effect of the weight of the schoolbags on children’s health.

Backpacks are best for backs because they have two shoulder straps – a bag carried on one shoulder is more likely to cause pain. The bags should be packed evenly and carry only what is needed for that day. Children should be encouraged to use school lockers for items they don’t need all day.

Large parts of the countries interior look spooky these days with charred trees and incinerated road signs.
40% off all wildfires in Europe this year occurred in Portugal, far more than in any other country.

Last summer schoolchildren from the Leiria region in central Portugal watched their district burn as a result of the most destructive and deadliest forest fires in the country’s history. The fires – which have been linked by some experts to climate change – have claimed the lives of at least 65 people and left hundreds injured.

“Climate change causes many problems, but if I had to name the one that worries me most, it would be the increase in the number of wildfires – especially this summer as the fires caused many deaths in our country”, says a boy of the group of children – aged between 6 and 14 – from Leiria, seeking crowdfunding to sue 47 European countries for their failure to tackle climate change, threatening their right to life.

These countries are collectively responsible for about 15% of global greenhouse emissions. They also hold a significant proportion of the world’s known fossil fuel reserves. The case is also being taken to court to raise public awareness about the shortcomings in government policies on climate change.

With the support of the NGO Global Legal Action Network (GLAN), the group of children taking action is seeking an initial £35,000 to take the case to the European Court of Human Rights in Strasbourg The crowdfunding bid was published on the platform CrowdJustice [ https://www.crowdjustice.com ] and to date, just over half of the amount needed, has been pledged.

“Tragedies like this are becoming the new norm because governments are failing to make the necessary cuts to their greenhouse emissions”, according to a spokesman from GLAN.
“Instead of suing just Portugal, the case will be taken against all of the major emitters, which have signed up to the European Convention on Human Rights.”

“The court will be asked two things. Firstly, that these 47 countries must significantly strengthen their emissions-cutting policies and secondly, that they must commit to keeping most of their existing fossil fuel reserves in the ground”.

A victory, in this case, would be ground-breaking as the decisions of the Court are binding across Europe. 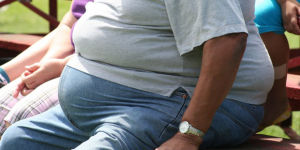 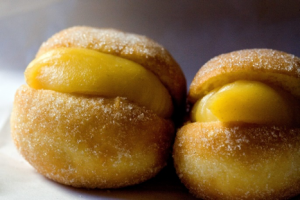