‘For me, Mouraria is like the Tower of Babel, built and rebuilt every day, despite the diversity of languages and its perfect disharmony’ –  (Fatima, teacher and descendant of Cape Verdean migrants)

The history of Lisbon and Mouraria – one of the city’s oldest quarters – both originate from the presence of diverse people and cultures. In 1143, Lisbon was conquered from the Moors by King Alfonso Henriques, becoming a Christian city. The birth of Mouraria goes back to the same period, built outside the walls as the only territory where Moors were authorized to reside.

In the 16th century, the first black migrants were forced into slavery in Lisbon, in that era the largest European centre of the flourishing slave trade. The number of slaves present in the capital reached 10% of the total population, that time comprising 100,000 inhabitants.

In the 18th century, the rebuilding of the city – after its apocalyptic earthquake on All Saints Day, 1 November 1755  – led to significant flows of migrant workers from Galicia, Spain’s most north-western province. In the course of the 19th and 20th century, an exodus from the countryside ignited major demographic growth in the capital just as migration from the Portuguese colonies, in response to the need for labour.

On 25 April 1974, Portugal became a democracy after 48 years of dictatorship. Between April and November 1975, Portugal took in half a million Portuguese and their descendants from its ex-colonies in Africa.

At the end of the ‘80s, a growing number of migrants began to arrive from Brazil, benefitting from a special provision for regularisation. Finally, from the ‘90s onwards, migration towards Lisbon has involved new areas such as Eastern Europe (Ukraine, Romania) and Asia ( Bangladesh, India).

Mouraria is the most multicultural neighbourhood of the capital. Here you find everything from African grocers to Chines tea, Indian clothing, religious talismans, Bengali restaurants, mosques and halal butchers. The percentage of foreign residents (25%) is well above the average for the city (10%) and the nation (less 4%).

Considered until recently a socially degraded area – situated close to the historical city centre – the neighbourhood is nowadays a breeding ground for integration with tastes, sounds and smells from every corner of the world.

In the heart of Mouraria resides the Associação Renovar a Mouraria (Renovate the Mouraria). This NGO not only develops activities to support the local community (i.e. Portuguese lessons for migrants, a legal help desk, empowerment courses for women and educational support for children) but also organizes cultural events and festivities linked to Saint Anthony in June, when the streets fill with music and the smell of grilled sardines.

There is a lot of discussion about mass tourism and golden permits but in Portugal, one is inclined to say: ‘don’t kill a chicken with golden eggs.’ After reviewing the tourism industry, we will now take a look at another precious egg of the Portuguese state: the golden visa program.

Twenty EU states have golden visa or similar programs.
To obtain such a golden permit in Portugal one has to invest at least half a million euros in property in exchange for permanent residency and visa-free travel through Europe’s Schengen area.

In the past six years – between October 2012 and January 2019 – over 7000 golden visas have been issued by the Portuguese authorities. In particular to Chinese (> 4000), followed by Brazilians, South Africans, Turks and Russians. It yielded the treasury the sweet amount of 4.3 billion euros.

Just like luxury goods, residence rights are for sale. A multibillion-euro industry but not without risks. Real estate has always and everywhere been attractive to money laundering, corruption and tax evasion.
Transparency International – the global civil society organisation leading the fight against corruption – recently accused the Portuguese government of being unable to control their golden visa program.

A special commission of the European Parliament suggested abolishing all golden permits as the potential economic benefits of these programmes do not compensate for the serious security risks. Unfortunately not all member states agree. A European database will instead be created, to verify if applicants for a golden permit at least have no criminal record.

The Portuguese government is going to maintain its golden visa program against the wish of the EU but is willing to make legislative changes to improve transparency. ‘Contrary to what happens in other countries, Portugal will continue assigning only residency – not citizenship – in exchange for investment, declared the Secretary of State for International Relations Eurico Brilhante Dias lately. 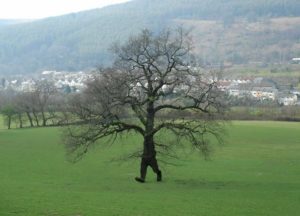 The majority in the Portuguese Parliament even wants to go a step further in the residency scheme for wealthy foreigners by introducing ‘green visas’ to investors, who spend at least half a million euros in ecotourism, renewable energy and other environmental projects that contribute to cut carbon emissions.
Much to the displeasure of the Left Bloc (BE), who wishes the program to end altogether and emphasises the hypocrisy between an immigration regime for the rich and the poor.