85% of all waste found on beaches in the world is plastic.

Disposable cutlery (plastic plates, cups, forks, and knives) should be forbidden in the catering industry if it is up to Portugal’s left-wing parties.

A draft legislation thereupon was submitted in July 2017 and discussed in Parliament early this year. Heloísa Apolónia – MP of the Ecological and Green Party (PEV) – explains ‘our proposal is to ban the use of plastic disposables in restaurants and bars and to look for biodegradable substitutes within 3 years.’

The director of the Hotel and Restaurant branch organization AHRESP, Jose Manuel Esteves, is not happy with the proposition and has more confidence in recycling. ‘This idea doesn’t make sense at all. If there is one sector that is exemplary for a circular economy, then it is ours.  Besides, the main users of disposables are not restaurants but institutions, hospitals, and public festivals.’

António Fonseca, the president of the Association of Bars in the Historic Center of Porto (ABZHP) – that encourages the legalization of the use of alcohol in public places – believes that the plans are irresponsible in the light of the danger glassware can cause in nightlife.

The MP of the ruling socialist party (PS) Joao Torres agrees with the proposals but doubts if a timetable of 3 years is realistic. He is more in favor of a ‘gradual implementation to enable the industry to develop sustainable alternatives’. The socialist government has therefore set up a working group and intends to present a bill on the matter in May.

To mobilize the public opinion, the Party for Animals and Nature (PAN) has written an open letter to Al Gore – former US vice-president and author of the documentary Inconvenient Truth – to involve him in their campaign in the social media to reduce plastic cutlery in Portugal (#AlGoreReplytoPan).

‘We have written this letter given his engagement in the pollution of our oceans – where the ‘plastic soup’ has meanwhile reached a size that is equivalent to 17 times the surface of Portugal – declares Andre Silva, MP of PAN. ‘The problem is too big to wait because in 10 to 20 years there will be more plastic than fish in the oceans and microplastics (from cosmetics and cleaning agents) will not only have killed the fish but also entered our bodies via the food chain.’

The non-profit environment organization Quercus recently challenged the Portuguese not to use disposable plastic products for the next 40 days (#40diassemplastico), at least until Easter.

‘ALL TOO HUMAN’
Bacon, Freud and a Century of Painting Life 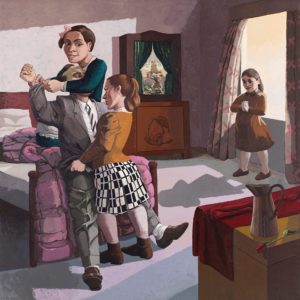 ‘The question is not whether another major earthquake will take place but when.’

On January 15 at 11.15 am, the population of Arraiolos – some 120 km east of Lisbon – was startled by an earthquake with a magnitude of 4.9 on the Richter scale. There were no casualties and the damage was limited to a few cracks.

‘This earthquake can be considered as moderately severe’, says Fernando Carrilho, chief seismologist at the IPMA (Portuguese Institute of the Sea and Atmosphere). ‘People shouldn’t worry too much as the southern part of the country has always been seismic active.’

‘It has to do with earth crust activity, where 2 tectonic plates are pushing against each other over the last thousands of years’, explains Pedro Cunha, a geologist at the University of Coimbra. ‘The African plate moves to the northwest and lifts the Iberian plate, that is moving to the east. So, the question is not whether a major earthquake will take place but when. Unfortunately, nobody can – despite all our sophisticated measuring devices – predict the latter.’

‘Preventive measures are warranted’, especially in the densely populated areas in the south – like Lisbon and the Algarve – that are most at risk’, says Daniel Oliveira, a civil engineer at the University of Minho. ‘Although a law from 1958 requires earthquake-proof construction, most buildings in the historic capital date from before that time and there is hardly any monitoring of the implementation of the law.’ 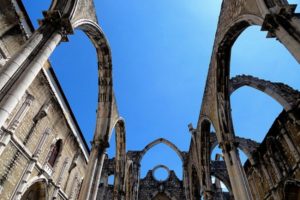 Over the past 500 years, Portugal has suffered four major earthquakes – in 1531, 1755, 1909 and 1969 – with a magnitude of 6 or more on the Richter scale. The biggest and by far most tragic one was in 1755. With a magnitude of 9 on the Richter scale, it developed apocalyptic proportions and completely wiped out the lower part of the capital. This earthquake (terramoto) inspired poets, influenced philosophers, activated prophets and motivated politicians – like the Marquis of Pombal – to a completely new architectural reconstruction of the Baixa, Lisbon’s city center.

The last severe earthquake was in 1969. Although it had a force of 7.9, the damage was limited as its epicenter was 250 km away from Lisbon. ‘The bigger the distance, the less harm’, says Maria Baptista of the Geophysical Center at the University of Lisbon.

In memory of Portugal’s main natural disaster, the City Council has recently approved plans to build – in collaboration with the private company Turicultur  ( Tourism and Culture in Portugal) – within two years an earthquake museum (Museu do Terramoto) in Belem.

‘The flowers of the emperor‘ 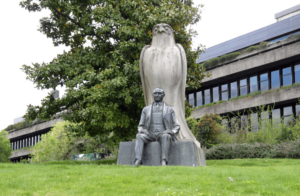 One or two mothers?
One or two fathers?
In one or two houses?
With one or more sibs?
From one or more parents,
together as long as it takes or until ‘death them part’?

‘When I got pregnant from my first child, we had a superficial relationship in which cohabitating was never an issue. I decided to go on and only asked him if he wanted to acknowledge the child. He agreed and we continued living apart together ever since’, says Ana, a 38-year-old primary school teacher.

The Portuguese population not only declined for the ninth consecutive year – due to one of the lowest birth-rates in Europe and a negative migration balance  – relationships are also undergoing change.

Nowadays, half of the children are born outside marriage and in 20% parents also do not live together, a number that has doubled in the last 6 years.

This ‘solitary family’ – in which parenthood is no longer associated with marriage or cohabitation – is poorly studied, says Maria João Valente Rosa, demographer, and director of Portada. ‘It was initially thought to be a consequence of the economic crisis and therefrom forced emigration of men. But this trend is going on, despite the economic recovery and a decrease in emigration’.

‘It is interesting though, that this concerns mainly firstborn children’, explains Maria Filomena Mendes, president of Portuguese Association of Demography. ‘As soon as a second child is due, mothers tend to cohabitate more. Most likely to share caring responsibilities’.

In parallel to a decline in the number of marriages, there has been an increase in the number of divorces, with Portugal ranking first in Europe. Remarkable is that women have to wait longer than men before they can remarry, ten months instead of six!

This 1967 law has to do with any new pregnancy in order to assess whether the child born is of the first or second husband. ‘Absolutely out of date’, says Sandra Cunha, sociologist, and MP of the Left Block, that wants to abolish this old-fashioned and discriminating law as soon as possible.

Same-sex marriages comprise only 1% of the wedlock but are four times more common in Lisbon and Porto than in the sparsely populated interior. Since 2010 – when gay marriage became legally possible in Portugal – 2300 gay couples have married, two-thirds being men.
As of February 2016, homosexual couples can also adopt children.