For decades a suitable location for a second runway has been studied to take the pressure off Lisbon’s congested inner-city airport.
Ota, Alcochete, Alverca and Beja have been considered over the years and subsequently rejected.

The Socialist Government of Antonio Costa is convinced that upgrading Montijo Air Force Base 6 on the south bank of Lisbon’s Tagus estuary, is the best option.
Much against the advice of engineers, climate scientists, conservationists and civic groups.

Left-wing parties – generally supporting the government – are also against it. ‘Choosing Montijo mainly satisfies the French company VINCI which purchased Portugal’s airport at a bargain price and now wants to make as much money as possible’, stated Left Bloc coordinator Catarina Martins. 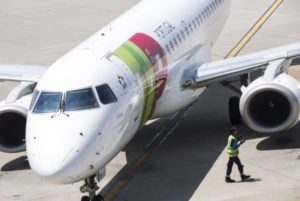 In addition, the national airline TAP refuses to fly there. ‘Montijo is for companies that fly from A to B’, in other words ‘ low-cost operators’, according to TAP, that focuses on transcontinental passengers using Lisbon as a hub.
Ryanair and EasyJet are equally uninspired as they mainly carry ‘short stay’ passengers, for whom a trip into the capital from an outlying airport is ‘a waste of time.’
A further complication is, that other major companies like British Airways, Lufthansa and Emirates can’t use Montijo because the runway is 600 metres too short, increasing the probability of an accident

Moreover, at least 30.000 citizens in the Netherlands have signed a petition objecting to the ‘ecologically disastrous plan.’ It concerns the survival of Netherlands national bird – the black-tailed godwit – that returning from its winter migration from Africa to the Netherlands feeds and rests in the wetland area beside the airport site. It is estimated that between January and February around 50.000 godwits use the area.

Researchers also say birds are at risk of colliding with aircraft and will be driven away by the noise. The reaction of Secretary of State Alberto Souto de Miranda was stunning ‘people should not worry because birds are not stupid and will probably adept.’

The latest obstacle in starting construction on a 1.3 billion euro project are two Communist-led councils (Moita and Seixal) in the vicinity, which – by law – have the power to veto the plan. Even if it is supported by the government and given green light by licensing authorities. Attempts of the PS Government to persuade the largest opposition party – the centre-right PSD – to change the law accordingly, proved to be in vain.

A recent court’s ruling in the UK against the expansion of Heathrow airport – because of the British government not adequately taking into account the goals of the Paris Climate Agreement – might jeopardize prime minister Costa’s plans at a global level, since with the new airport CO2 emissions will increase 700.000 tons per year.